What Is A Leader? 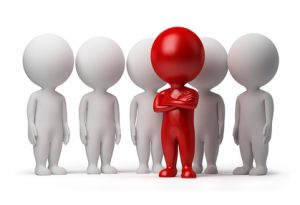 Earlier this week I was on a call and was being asked questions about being a woman leader.  I don’t really think of myself as a leader.

Yes, subconsciously I recognize that I’m a leader for my company and my team, but yet I still didn’t consider myself as a leader.  I think of a leader as the big cheese in charge of a large corporation or large group of people – or even the country.

The conversation went on and she asked if I knew any other leaders who I could introduce her to.  I decided to ask for clarity and said, “What is your definition of a leader?”  Her definition was much more encompassing than my own.  She felt a leader could even be an older child who has taken initiative and saved his younger sibling from drowning.  A leader could be someone who is motivating others or inspiring others, even a small group of “others”.

I then became curious and decided to Google “What is a leader”.  The “official” definition is:  1. The person who leads or commands a group, organization, or country.  (Synonyms: chief, head, principal, etc.).  2. The principal player in a music group.

Mindtools.com has this definition:  According to the idea of transformational leadership, an effective leader is a person who does the following:

–    Creates an inspiring vision of the future.
–    Motivates and inspires people to engage with that vision.
–    Manages delivery of the vision.
–    Coaches and builds a team, so that it is more effective at achieving the vision.

It seems there are various definitions of leader, and as I think more about this, parents are leaders. They are influencing their children.  Teachers are leaders.  Politicians – good and bad – are leaders.

Forbes had an interesting article from 2012 called Top 10 Qualities That Make A Great Leader.  These qualities are:

As I take this new role as leader, I do not take it lightly!  I will continue to be the best me I can be!

What do you consider to be qualities of a leader?  Share with me below.

Do you SWOT? You sure do, even if you don’t realize it. Though you may not be SWOTing consciously, … END_OF_DOCUMENT_TOKEN_TO_BE_REPLACED

Have your prospective clients been homebound in 2020? Has the mindset of being a “shut-in” expanded … END_OF_DOCUMENT_TOKEN_TO_BE_REPLACED

Episode 235 Craig Cody Can I Write It Off? Hosted by Jama Bryan Strategic Business Building … END_OF_DOCUMENT_TOKEN_TO_BE_REPLACED