The Time was Right 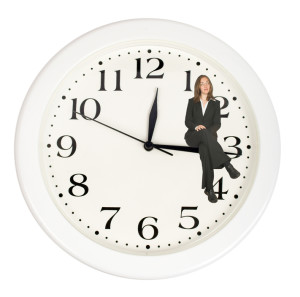 In May I was attending a conference in Atlanta.  A woman stood up to ask a question, introducing herself first:  “I work with parents who have lost children.”  I don’t think I heard anything after that.  I had to talk to her.  This wasn’t the first time someone introduced themselves as working with parents who have lost children, but this was the first time I was drawn to talk to someone.  Talking about losing my son has never been anything I let surface at conferences.  I kept it buried.  But here I was at an event with 300 people, and the urge to connect with her was overwhelming.  Right here and now, the time was right.

When she finished speaking, I watched where she went to sit down, and then I kept looking across the room to make sure she hadn’t left.  Finally, break time.  I practically ran across the room before I lost her.  We spoke the entire break and she told me about a group called Compassionate Friends.  It was for parents, grandparents, and siblings that had lost a child.  She gave me her card that had the information on it, and I checked their website when I got home from the event. But didn’t do much beyond that.

Two weeks later, I was talking to a long-time friend who I hadn’t spoken with in several years.  She told me about another friend of hers who had lost a child and had been going to Compassionate Friends.  There it was again…

Were these two events the first time anyone had ever told me about Compassionate Friends?  No, probably not, but prior to these times, I just wasn’t ready to hear it.

It reminded me of talking with clients, when they tell me their goals and plans, and I make a suggestion.  It gets passed over without a word.  Two weeks or two months later, we’re talking and, again, I make the same suggestion (first deciding whether I should — I mean, I made it the before and it wasn’t acknowledged).  And guess what?  They love the idea!  They were ready to hear it the second time though they weren’t the first time.

Have you ever listened to a teleseminar, gotten a great idea to implement, and then listened to it again later and heard something you didn’t hear the first time around?  Sure, you probably have!

Why don’t we hear everything the first time?  It’s because we — and our businesses — are constantly evolving and growing.  It’s one of the reasons you should never stop learning because there’s no way you could ever know everything.

So be open to suggestions and ideas from others.  When the time is right, you’ll hear it!  When has this happened to you?  Share with me below.

Are you a list-maker; in your head, on paper, or digitally? Then this post is definitely for you. On … END_OF_DOCUMENT_TOKEN_TO_BE_REPLACED

Is social media a valuable tool for generating and screening leads? If you’ve read anything about … END_OF_DOCUMENT_TOKEN_TO_BE_REPLACED

What the bloggity blog is going on with blogging a blog these days? Does blogging even matter … END_OF_DOCUMENT_TOKEN_TO_BE_REPLACED

Episode 235 Craig Cody Can I Write It Off? Hosted by Jama BryanStrategic Business Building … END_OF_DOCUMENT_TOKEN_TO_BE_REPLACED