Over the last several weeks 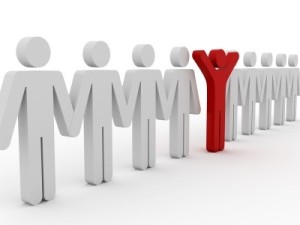 I’ve spoken to a few entrepreneurs who are gun-shy about hiring a virtual assistant.  It’s not that they’ve never worked with one before.  They have – and unfortunately it wasn’t a good experience.   One of those entrepreneurs, after having a lengthy conversation with me, decided to try again.  Now that she is a client of mine, we have begun the clean-up process.  She wasn’t exaggerating when she shared how awful her experience had been…balls were dropped, T’s were not crossed and I’s were not dotted (heck…in some cases not even written) all over the place.

So how can you avoid hiring the wrong Virtual Assistant?  There’s no guarantee but these six steps will certainly help you make an educated decision. END_OF_DOCUMENT_TOKEN_TO_BE_REPLACED 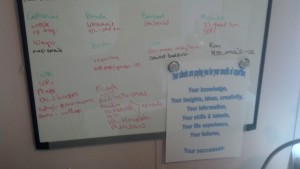 “How much do you charge?”  “How much is this going to cost me?”  How do you feel when a prospect asks you that question — especially in the first five minutes of the conversation?  Does your outside voice want to shout, “It’s not about price!  It’s about the value I bring to you!”

There are great coaches out there who talk about pricing and making the money you deserve to make because of the value that you bring to your clients.  However, there are people looking for your services who strictly look at pricing.  So how do you handle that? END_OF_DOCUMENT_TOKEN_TO_BE_REPLACED

We’ve all heard the statistics when it comes to new leads:  80% of the conversions and sales go to only 10% of the businesses out there.  Why?  Because those businesses followed up consistently and repeatedly.

But making sales isn’t just about converting prospects.  It’s also about staying in touch with your current and past clients.

As you know, I send out my ezine every two weeks.  Do people open it?  Do they read it?  Do they click on the links?  I look at the statistics and have an idea of what people are doing.  Am I disappointed 100% of my subscribers don’t click through to read the rest of the article?  You bet!  In reality, I know that’s never going to happen — not even if I offered $200 for clicking a link.   END_OF_DOCUMENT_TOKEN_TO_BE_REPLACED 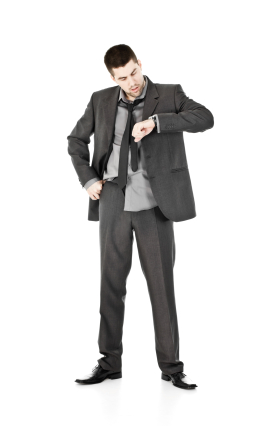 I was recently talking with a coaching client of mine who had scheduled some complimentary calls after three live events she had attended.  The calls were meant to find out more about the other person’s business, and they were mostly coaches and virtual assistants.  About 10 percent of the people who scheduled never called, didn’t answer the phone when she called, and never responded to any communication.  You might be thinking, “Maybe they forgot?”  However, they received plenty of reminder emails through the appointment system, and my client called them and left a message when they never called.  No response.   END_OF_DOCUMENT_TOKEN_TO_BE_REPLACED 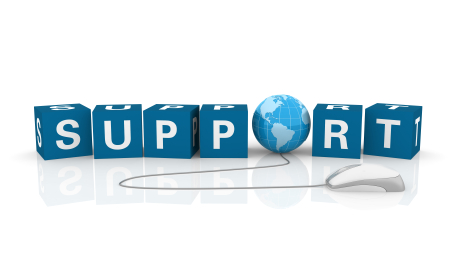 Last month I attended Be The Change and talked to several entrepreneurs who were still trying to do everything themselves.  The two things I kept hearing were, “What can a Virtual Assistant/Online Business Manager do?” and “I don’t know what to send to a VA.”  And there were one or two entrepreneurs who had never heard of a Virtual Assistant, so we’ll start with what a VA is.

According to International Virtual Assistants Association, “A Virtual Assistant (VA) is an independent entrepreneur providing administrative, creative and/or technical services. Utilizing advanced technological modes of communication and data delivery, a professional VA assists clients in his/her area of expertise from his/her own office on a contractual basis.”

So what types of tasks can a VA perform?  This varies by the Virtual Assistant firm, but can include:

To determine what you’re currently doing that a Virtual Assistant or Online Business Manager could do for you, track your activities for a week.  Keep a list of everything you’re doing.  Now, what can ONLY YOU do?  These are the obvious tasks like talking with clients, creating new products or services, and networking.  END_OF_DOCUMENT_TOKEN_TO_BE_REPLACED

A few weeks ago I started reading Seth Godin’s Permission Marketing and finished it during a 5-hour plane ride. I thought I would share a few key points with you.

Permission marketing occurs offline with the example of the TV ad and also billboards, direct mail, and magazine ads, as well as online. As long as there is a call to action that requires the reader or viewer to do something to raise their hand and ask you to send them information, that is permission.

Here are 10 questions that I took directly from the book to use in evaluating your own permission marketing program.


So how are you doing with your marketing? Are you taking advantage of the permission granted to you? Are you not leveraging it enough? Would love to hear your thoughts!

We recently shared some thoughts here on how to develop content for your blog in just 5-10 minutes. … END_OF_DOCUMENT_TOKEN_TO_BE_REPLACED

Are you a list-maker; in your head, on paper, or digitally? Then this post is definitely for you. On … END_OF_DOCUMENT_TOKEN_TO_BE_REPLACED

Episode 235 Craig Cody Can I Write It Off? Hosted by Jama BryanStrategic Business Building … END_OF_DOCUMENT_TOKEN_TO_BE_REPLACED