Malala Yousafzai has been in the news recently as the youngest person nominated for the Nobel Peace Prize.  She was just an 11-year girl in Pakistan when she began her crusade for girls’ education.  At 15 she was shot in the head by the Taliban, but she survived and is thriving.  She’s written a book and speaks out about education for girls.  She put her life in danger by expressing her feelings.  So why did she do it?  Because she wants girls to get an equal education to boys. Simple.

So have you thought about your ‘why’ recently — or ever?  Why did you start your business?  Why are you still in business today?  What was the problem you’re trying to solve?  Your why can change … mine certainly has over the years.  Of course, we all want to make money in our businesses, but that’s not our why — we could make money doing other things. 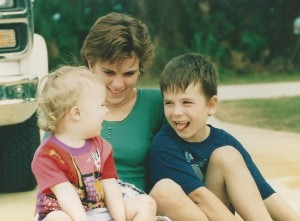 When I started my business in 1996, my son was eight, my daughter was three.  My son had an illness called Cyclic Vomiting Syndrome.  When I interviewed for the Executive Assistant job two years prior, I was upfront about my son’s illness and the fact that he would be violently sick for five days at a time about every two or three months which would cause me to miss work.  They were fine with that, we’d work around it…until two years later when I got “lectured” about my absences.  I wasn’t getting paid sick days, but my time away was now a problem.

I had a choice to make — stay where I was and keep “getting in trouble” or leave…  Shortly after that meeting, I gave my notice and started my entrepreneurial journey.  In 1996, my why was my kids.  END_OF_DOCUMENT_TOKEN_TO_BE_REPLACED

We recently shared some thoughts here on how to develop content for your blog in just 5-10 minutes. … END_OF_DOCUMENT_TOKEN_TO_BE_REPLACED

Are you a list-maker; in your head, on paper, or digitally? Then this post is definitely for you. On … END_OF_DOCUMENT_TOKEN_TO_BE_REPLACED

Episode 235 Craig Cody Can I Write It Off? Hosted by Jama Bryan Strategic Business Building … END_OF_DOCUMENT_TOKEN_TO_BE_REPLACED