Mindset for Success: 2 Questions To STOP Asking Yourself

Question #1 to STOP Asking Yourself: How can I make so and so do such and such?

I never learn anything talking. I only learn things when I ask questions. Lou Holtz 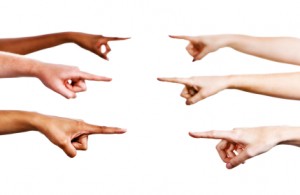 One of the most common misconceptions we have as humans is thinking we can change other people. We somehow believe that through punishment, force, reward, or just plain strength of will, we can make them change.

We see this all the time: Women attempt to change boyfriends and husbands, parents try to change their kids, and coworkers try to change each other. But somehow even if we achieve short term success, it’s never long-lasting. Ask any parent who’s tried to force a baby to eat strained peas. Even if you get them into the mouth, they’re coming right back out again.

And that’s why we need to put a cease and desist order on this particular question:

How can I make so and so do such and such?

The simple answer is, you can’t. Maturity — and happiness — come when we realize that the only person we can truly change is ourselves. And when we start focusing our efforts there, things just seem to naturally adjust.

Harriet Lerner, a respected psychologist, has written a series of books on relationships. Her premise is that relationships are dances of sorts, and just as in a mambo or a waltz, if one partner changes how he or she is moving, the other has to adjust. The key to creating a change in the relationship, then, is to look at your own behaviors and actions and change them.

You might be wondering why you have to do all the work. After all, if your spouse would stop drinking or your boss would stop nitpicking or your kids would just act a little more respectful, life would be great. That may be true, but here’s the key: You can’t do anything about their behavior. You can only change your own. And the sooner you face that and accept it — as disappointing and unfair as it may be — the sooner you’ll be on the path to a better relationship.

Acceptance can be tough, so tough, in fact, that it can keep people mired in broken relationships and dead-end jobs for decades. Instead of asking how you can make the other person change, then you need to ask yourself what you’re willing to do to be happy. The changes required on your behalf may be far less drastic than you think.

Question #2 to STOP Asking Yourself: Whose fault is it?

Who questions much, shall learn much, and retain much. Francis Bacon

As Sir Francis says, asking questions is a good thing. But you have to ask the right questions — ones that empower you and open your possibilities. Unfortunately, some questions do just the opposite. Instead of making you think more creatively, they shut down the flow of energy, making you defensive and angry. One such question is this:

Whose fault is it?

This question is a wolf in sheep’s clothing. It seems kind of innocuous at first. After all, once we know at whose feet we can lay the broken valve, the lost account, or the argument at, we can make sure it never happens again.

Perhaps. But laying blame isn’t the important thing: solving the problem is. Playing the blame game causes issues far beyond any benefit:

1.    It wastes time. While you could be concentrating on fixing the problem, you’re running around trying to make someone else the bad guy.

2.    It wastes energy. Knowing who is at fault isn’t really necessary; knowing how to fix the problem is. Sure, it can get you off the hook (“I swear, it wasn’t me!”) but it doesn’t fix the issue at hand.

3.    It wastes relationships. Trying to put the blame on someone else can irreparably damage your relationships. Trust erodes, and people start worrying about covering their rear ends rather than working together.

It’s natural to want to direct negative attention elsewhere, but it isn’t really necessary. In fact, the most powerful people on any team are those who solve problems rather than those who never cause any.

Not only will you cement your role as a valuable team member when you focus on solutions rather than problems, you also gain the trust of your co-workers and colleagues. They become more willing to take risks, to be open, and to help you out because they know you’re going to do the same for them. This makes for a stronger team all around.

If you are working with others who try to focus on blame-laying, call a time-out. Remind them that the important thing in the moment is to solve the problem, and that you can go back later to find out why it happened and who was at fault. But you may very well find that once the problem is solved, no one wants to revisit the issue. Perfect! That keeps the focus on moving forward, rather than on going back.

Do you SWOT? You sure do, even if you don’t realize it. Though you may not be SWOTing consciously, … END_OF_DOCUMENT_TOKEN_TO_BE_REPLACED

Have your prospective clients been homebound in 2020? Has the mindset of being a “shut-in” expanded … END_OF_DOCUMENT_TOKEN_TO_BE_REPLACED

Episode 235 Craig Cody Can I Write It Off? Hosted by Jama Bryan Strategic Business Building … END_OF_DOCUMENT_TOKEN_TO_BE_REPLACED