Over the past few posts, we’ve shared some thoughts and ideas on how to cope with the current pandemic. We believed these posts would be helpful for coping with both business and life. It occurs to us though that most of those ideas might seem a bit abstract, which is fairly common when blogging for such a diverse audience and so, we are offering our impressions of the pandemic lockdowns.

Despite the fact that our virtual marketing team works from home anyway, this crisis is very personal for all of us, affecting our businesses as well as our lives. 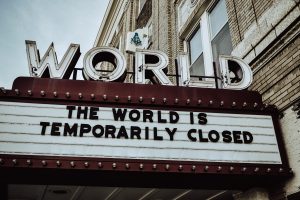 With that in mind, we’ve asked the members of the YOMT Team to share their thoughts on the impact that Cov-19 and the lockdown orders have had on their lives.

BTW… We’ve decided to keep these anonymous to avoid potential embarrassment or confidentiality issues. And so, in no particular order (and with no agenda):

As you can see, we’re pretty much like everyone else these days. We have to cope with the same changes you do and, while a career spent working from home has benefits for many of us, the increased isolation and/or distractions from family (and pets?) has had an impact.

Feel free to comment below, especially if you feel the need to share your own personal impressions of the pandemic lockdowns on your life and business.

Whatever you need, feel free to… Get in touch with the YOMT Team today

As we move into the holidays, all of us at Strategic Virtual Solutions want to wish you a Merry Christmas and Happy New Year.

Today I did something I haven’t done in a very long time.  It was enjoyable and much needed!

This afternoon, I went to the pasture, put the halter my horse, Gypsy, brushed her out (taking my time) and….took her for a walk!  I didn’t saddle her up and ride.  I didn’t school her.  I didn’t exercise her.  Just took her for a nice stroll — or maybe I should say some quality grazing time!  It took us about 2 hours to “walk” what would normally take less than 20 minutes!

It was just some nice bonding time.  We weren’t trying to get somewhere or exercise for an hour or get XYZ done.  It was just quiet and leisurely time.  When was the last time you did a “brain dump”?  Brain dump is just the absolute best expression I can think of!

As human beings, we have a multitude of roles.  We may be an entrepreneur, wife/husband, mother/father, son/daughter, dog owner, horse owner, house owner, volunteer for the local charity, baseball coach…and the list goes on and on.  And with each of those roles carries a variety of responsibilities.  Most of our days are spent doing something as a part of that “job”.

So take some time to yourself, for no one else, and get a fresh perspective and a new rejuvenation!  It’ll do yourself some good, as well as the others in your tribe!

Don’t you just love parades?  I do…especially lately when I’ve been getting to ride my horse in them!  I remember before I had a horse of my own, I loved going to the parades to see just that…all the horses.  It was great!

When we were riding in the 4th of July parade this year, one spectator commented, “This is my favorite part of the parade.”  One of the other riders replied jokingly, “What?  The end?”  She exclaimed, “No! No! Getting to see all the beautiful horses.”  And that made the hours of prepping worth it!

Friday night was my town’s “A Candy Cane Christmas” parade.  Riding in a night parade can be a little more nerve-wracking.  There are different shadows and things look a little strange for the horses.  This was our first nighttime parade, but it was still a lot of fun! 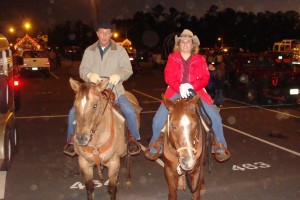 Myself and my significant other before the parade.

END_OF_DOCUMENT_TOKEN_TO_BE_REPLACED 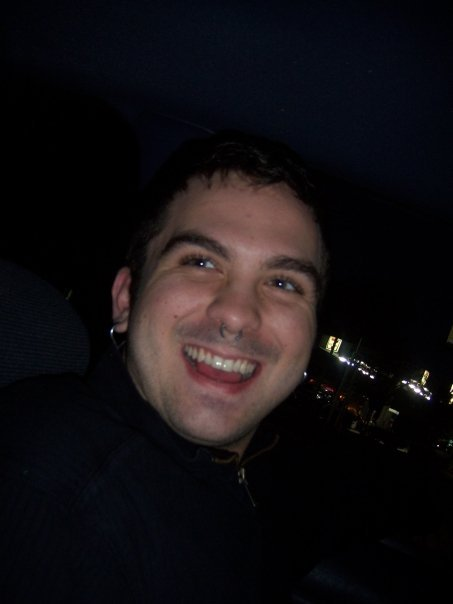 This Saturday will be eight months since my 21-year old son was killed in a motor vehicle accident.  As we near Thanksgiving, I have had to dig deep to find what I’m thankful for.  As I read the Facebook posts about what others are thankful for, they seem unimportant and trivial.  And in some ways, they are — at least to me in this stage of my life — but I am also glad that those people can look at the world and be thankful for the sun or the rain or waking up in the morning — it means perhaps that they’ve not had to deal with a tragedy recently.  I have come to figure out what I’m thankful for this year, and I’ll share that with you later, but first, a little more about Stefan and what happened.

Stefan had a magnetic personality and a terrific smile.  He was studying nursing at Valencia Community College in Orlando, and he loved writing and playing music.  He was a natural with the guitar as a pre-teen and moved effortlessly to playing keyboards and synthesizer.

Unfortunately, we didn’t get to spend much time together as he also worked full-time while going to school, and I was living in Georgia.  But 2010 was going to be different.  My daughter and I were planning a trip down the first week in April, and he was coming up here in May, and just in general, I was going to visit him more often.  Even with the distance, we had a very close relationship and talked every few days — about almost everything.

But in an instant — on a Saturday night — that changed, and the lives of all of us who knew Stefan suddenly changed.  It was a mistake — an error in judgment on his part — and our lives were turned upside down.  You see, he and some friends had gone to the beach that day — just for a day and evening of fun.  Stefan had been hanging out at one of the bars on the pier and when he was ready to go home, he’d called another friend to come pick him up because the others weren’t quite ready to go yet.

But for reasons no one quite knows or understands, Stefan hitched a ride from Cocoa Beach to some unknown point in Cocoa, and he decided to walk along a busy 4-lane road heading back towards Orlando, while his friend was on her way to pick him up.  He was on the phone with her at the time of the accident, and knowing Stefan, he probably was just trying to save her some driving time and distance.  What we’ve concluded is that he was walking against traffic on this 4-lane road and just so happened that while he was walking through a part of the road with an entrance and exit ramp, a car was entering the highway from the entrance ramp and merging into the highway.  She did not see him in time to avoid him.

And in that split second, everything changed.  There are no do-overs, no rewinds, no take backs.  Just wham…it’s changed, all because of too much to drink, not thinking things through, not being careful, whatever the reason.  I hope anybody reading this will think about the possible outcomes of a decision before it’s too late — it could be a decision that affects people you love or it could be a decision that affects someone else and the people who love that person.

Having lived through the last eight months, I do have to really think about what I am truly thankful for because, after all, I’ve lost a child and that has got to be the most devastating thing that can happen to someone.  But I do have some things to be thankful for.  I am thankful that my daughter, my family, and I have made it through this — probably as stronger, more sympathetic people than before.  We didn’t give up, which, believe me, I thought about in those first few weeks.  And while there’s not a day that goes by that I don’t think about Stefan multiple times and miss him desperately, I am thankful for the fantastic relationship we had.  I am thankful for Stefan’s many friends, who have become an extended family.  I am also thankful that my daughter and I also have a great relationship and that she understands the consequences of poor choices because in life, we can’t always change the outcome.

It started snowing this morning at about 11:30 — a couple hours after it was predicted to start, but it started.  Where we live in Georgia we do not normally get much snow.  We did have one evening that had a snow/sleet mix a month or so ago.

Today’s snowfall, however, was pretty.  It is still pretty as I look out the window at the security light, which is lighting up the tree w 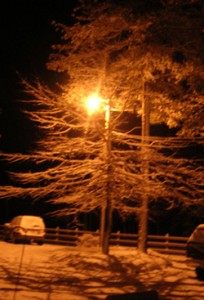 ith the snow shimmering off it.  This picture does not do it justice!

But when we do get a snow, even if just a few inches, everything shuts down.  I lived in Minnesota for several years and we’d get waaaaay more snow up there and still go about our day.  But the roads are different  — curvy and hilly compared to straight and level.  And the equipment the county and state has to clear the roads is different, too.  As you can imagine, Minnesota has lots of heavy equipment to keep the roads clear and free of ice — as best they can!  And since Georgia doesn’t normally get much of the powdery white stuff, there’s no need for all that heavy equipment.

My daughter and I enjoyed an hour of snowball fights and building a snowman named Bob.  We aren’t snowman engineers, though, because Bob fell over shortly after we came in the house.  He’s now laying in the bushes.  Poor Bob… 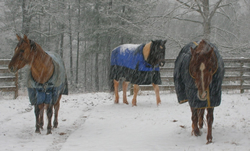 And the horses, I’m sure, would rather be someplace else!  But at least they have their blankies on to help them stay warm and dry.  And they do have shelter they could go into if they really wanted out of the snow!  I don’t know how the horses make it up north!!

I could make this post business related, like making sure you’re prepared in your own business and making sure you have the right tools you need…but I won’t.  I’ll just leave it as a fun post!  Enjoy!

We recently shared some thoughts here on how to develop content for your blog in just 5-10 minutes. … END_OF_DOCUMENT_TOKEN_TO_BE_REPLACED

Are you a list-maker; in your head, on paper, or digitally? Then this post is definitely for you. On … END_OF_DOCUMENT_TOKEN_TO_BE_REPLACED

Episode 235 Craig Cody Can I Write It Off? Hosted by Jama Bryan Strategic Business Building … END_OF_DOCUMENT_TOKEN_TO_BE_REPLACED