Are you pissing people off? 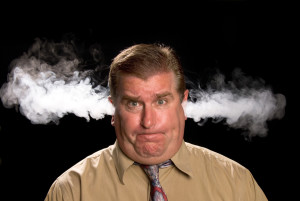 I’ve had this article on my mind for a couple of weeks.  As I sit here going through my email, it hit me again — someone else has pissed me off and I must get it off my chest!  Let me explain the scenarios that I’ve seen multiple times in the last month… and make sure these aren’t you!

I’ve been attending quite a few networking events.  It’s been nice getting to know more people, sometimes connecting people to others who may be of assistance to them, and occasionally be able to give some people clarity on their challenges.  All awesome experiences that I’m grateful to have had!

Time passes and a few weeks or months later, I unexpectedly get an ezine in my inbox.  Who is this person?  Why are they emailing me?  Oh, that’s right.  They sat at my table at such-and-such event and we exchanged business cards.  We’ve barely had a conversation, but now I’m on their ezine list?

Have you ever seen the eSurance commercial with the older ladies, the one’s posting pictures on her living room wall, and the other older lady says, “That’s not how this works. That’s not how any of this works.”  That’s how I feel!

Just because we exchanged business cards does not give you the right — the permission — to subscribe me to your ezine.  Unsubscribe!

And it happened again with another person! Only this time I’m bcc’d on the email and there is no unsubscribe button!  What?  No unsubscribe button? That’s totally wrong on so many levels.  I thought about replying and asking her to remove me, but then I decided to just wait.  Maybe it was just a one-off type email and not a big deal.  After all, if she’s not using an email marketing program, how often can she be sending out her ezine?

And the last scenario that’s pissing me off is that I’ve unsubscribed from a particular list multiple times.  Now, I will admit that probably at some point in time I did subscribe to this list but it shouldn’t matter.  When I want to unsubscribe, I don’t want to continue receiving emails. But I unsubscribe and days later I get another email.  So I unsubscribe again.  Just today I got another email from them, and I unsubscribed yet again.  Would you believe that just moments later I had another email in my inbox from them?  It wasn’t a sorry to see you go email but another promotional type email.

For the record, when I attend a networking event and I get someone’s business card after we’ve had a conversation, I will send them a couple of emails usually within the first week or so.  I remind them of where we met then I’ll invite them to download my free offer, subscribe to my ezine, or schedule a call.  If they don’t do any of those things, then I don’t do anything else — other than follow up with a phone call.  I don’t automatically add them to my ezine list or to any promotional emails I might send out. They aren’t interested in my services and that’s okay!

So I say, stop the madness!!  Make sure if you’re adding people to your ezine list that you’re getting their permission first, give them the option to unsubscribe or opt-out of your email marketing, and then comply with their request! Otherwise you’re just rubbing people the wrong way and creating a lasting impression you don’t want.

While it’s not particularly flattering to admit, we all tend to seek approval from others. Being an … END_OF_DOCUMENT_TOKEN_TO_BE_REPLACED

After publishing our most recent post on Messaging and Content Marketing, it occurred to us that we … END_OF_DOCUMENT_TOKEN_TO_BE_REPLACED

When it comes to your marketing message, getting it right is as important as any other area of your … END_OF_DOCUMENT_TOKEN_TO_BE_REPLACED

Episode 235 Craig Cody Can I Write It Off? Hosted by Jama Bryan Strategic Business Building … END_OF_DOCUMENT_TOKEN_TO_BE_REPLACED