3 More Questions to Stop Asking Yourself 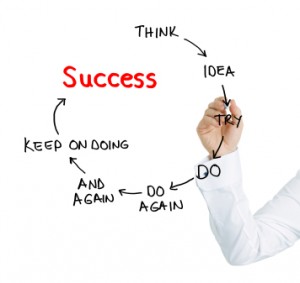 Question #3 to Stop Asking Yourself: What’s Wrong with Me?

There are no right answers to wrong questions. Ursula K. Le Guin

The problem with some questions is that they’re just plain wrong, right off the bat. They are based on false assumptions, they lead the questioner in a faulty direction, and they end up taking you on a wild goose chase that can lead nowhere good. This is one of those questions:

What’s wrong with me?

At some point in their lives, everyone, deep in their soul, has felt that they are “less than,” like they just don’t make the grade. They wonder what everyone else has that they don’t, why “they” have it so easy, and what they did wrong to make the gods curse the very day they were born.

Yep, everyone has those moments; some of us are just better at hiding it than others. Even the most successful people on the face of the earth, from Oprah Winfrey to Sidney Poitier to Roger Maris would admit that there were times when they just didn’t know if they could measure up.

While it’s natural to start falling down the well of self-doubt, it serves no purpose. Each time you give in to those demons, you allow yourself to get sucked a little further from your real power. Pretty soon, all you’re doing is sitting on the couch with a bag of Sun Chips in one hand and the remote in the other, watching hours of “Beverly Hills 90210” reruns and wondering how Shannen Doherty got away with her diva behavior.

Don’t go there. Don’t even take one step in that direction. As soon as you get the “woe is me’s,” freeze. Go do something productive, preferably someone whose position in life is so disadvantaged when compared to yours that you’d feel like a complete ass complaining about your life any longer. Volunteer at a soup kitchen, read to kids on the critical care ward at the hospital, or take a load of old towels to the animal shelter. Get outside yourself and stop worrying about you. Worry about someone else for a change, and see what you can do to make their lot in life a little easier.

We’ve all got things wrong with us, whether it’s an extra-large nose, an extra-large chip on our shoulder, or an extra-large behind. The only difference between those who make it and those who don’t is that some of us stop thinking about their faults and do it – hit the homerun, write the best-seller, start a revolution – anyway.

Question #4 to Stop Asking Yourself: How Can I Do This Faster?

We thought that we had the answers, it was the questions we had wrong. Bono

Speed is good. Just ask Danica Patrick, FloJo, or Keanu Reeves. But which is worse: Doing the right thing, too slowly, or doing the wrong thing really, really fast? My vote is for the latter. That’s why I believe you need to stop asking yourself this question:

How can I do this faster?

Efficiency in and of itself is not a bad thing.  It’s highly prized by manufacturing line engineers, train conductors, and Swiss bankers. But just doing something faster doesn’t earn you a gold star. In fact, spending resources – even in an efficient manner – on something that doesn’t need to be or shouldn’t be done at all is more wasteful than taking too long to do the right thing. Not only are you directing valuable money, time, and energy in the wrong direction; you’re also falling behind on the things you should be doing.

Think about it this way. You ask your teenage son to get his homework finished. Half an hour later, you check in on him and he says, “No, I didn’t do my homework, but I did a great job killing all the zombies in my video game! I was really efficient, too – I’ve got a tank and a half of gas left!”

Umm… no. Now, not only is it a half-hour later, the homework still isn’t done and your son has spent 30 minutes doing a wasteful task really, really well.

Here’s when you know efficiency has become an enemy instead of a friend:

When you find yourself asking, “How can I do this faster?” stop and ask yourself if you should be doing that task at all. Many times, the answer will be no. Then you can let go and get on with your real work – the work that may not be as efficient, but makes a bigger difference in the long run.

Question #5 to Stop Asking Yourself: Do I Really Have to ___?

It is better to know some of the questions than all of the answers. James Thurber

Inside of all of us is a three-year old toddler who likes nothing better than to throw a screaming fit every time someone makes him do something he doesn’t want. It could be skipping dessert, writing the sales presentation, getting to bed at a reasonable hour, or putting the credit card away before buying yet another Aerosmith CD.

That three-year old is sulky, whiny, and generally unpleasant, so much so that often we’ll give in just so we don’t have to listen to him whine anymore. While this technique works in the short run, in the long-term you end up suffering. After all, vegetables are good for you while ice cream seven days a week is not; the sales presentation must get done, you do have to get up early for work, and someone’s going to have to pay that credit card bill.

You can tell when you’re giving in to this little tyrant when you start asking yourself:

When you catch yourself uttering this phrase, it’s time for a reality check. Your rebellious streak is rising faster than the National Debt, and if you don’t keep it in check you’re going to pay the price at some point. After all, the piper always wants to be paid – now or later.

It’s interesting that one part of our brain knows very well what needs to get done while the other part rejects the whole idea. Without diving too deeply into the psychology of it all, it’s easiest to just admit there’s part of us that really would prefer to sit on the couch and gain 150 pounds’ worth of cheese fries rather than head out for a nice jog around the reservoir. The duality exists, and one way to let your sane side win out is by never letting the little kid have the microphone.

As soon as you start wondering if you really have to go to work, answer that email, create the new web form, it’s time for a smackdown. Instead of giving in to the beast and beginning a cost-benefit analysis of letting your diet slide for another day, stop thinking about it. Remember that you’re dealing with a 3-year-old, and you cannot reason, outwit, or outsmart him. All you can do is refuse to engage. Remind yourself the decision has already been made, and don’t revisit it. Pull the old, “Because I’m the parent, that’s why.” Then send him to bed without any supper and get on with your life.

For true success ask yourself these four questions: Why? Why not? Why not me? Why not now? James Allen

As we’ve discussed, questions are powerful tools, but they can steer you off track. It’s critical to examine the questions you ask to see if you’re empowering yourself or limiting your ability to think creatively.

Many of these internal discussions are so automatic, we don’t even realize they’re going on. It’s my hope that this short report will help you by bringing these internal dialogs into the light, where you can make a judgment about their usefulness.

Many people spend their lives “living the questions,” as Rainer Maria Rilke put it so eloquently. May all your questions be empowering ones.

Do you SWOT? You sure do, even if you don’t realize it. Though you may not be SWOTing consciously, … END_OF_DOCUMENT_TOKEN_TO_BE_REPLACED

Have your prospective clients been homebound in 2020? Has the mindset of being a “shut-in” expanded … END_OF_DOCUMENT_TOKEN_TO_BE_REPLACED

Episode 235 Craig Cody Can I Write It Off? Hosted by Jama Bryan Strategic Business Building … END_OF_DOCUMENT_TOKEN_TO_BE_REPLACED