3 Email Snafus You Need to Be Aware Of 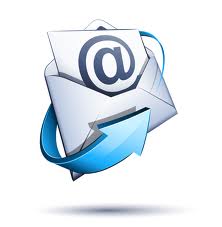 There are quite a few things happening in our internet world relating to email that could adversely affect you if you’re not aware of the changes taking place.   I want to make sure you’re aware of them.

We’ll start with Gmail.  Somehow the powers that be at Google figure they know what we want to read and what we don’t want to read.  They’ve created categories in Gmail (have you noticed them?) and are arbitrarily putting messages into those categories.  You may very well be missing emails simply because they’re not coming into your main (primary) inbox anymore.

Want to fix it?  Watch this video to see how!  http://www.youtube.com/watch?v=f6pkjNCuddk

Next, Infusionsoft and GoDaddy emails.  If you’re an Infusionsoft-user, you may have heard the rumblings about emails sent from Infusionsoft not being delivered to GoDaddy users.  This problem affected not just GoDaddy, but other Cisco servers.  A spam bot attacked Infusionsoft and caused their reputation from SenderBase to be downgraded from “Good” to “Neutral”. GoDaddy uses a Cisco product named IronPort that relies on the SenderBase email reputation rating to identify risky email-sending IPs and domains.

Normally a “Neutral” rating isn’t a problem. In fact, Cisco/IronPort/SenderBase says “generally a neutral reputation is a very good thing, as SenderBase does not view the IP as a potential spam risk. The IP is considered within acceptable SenderBase parameters. SenderBase guidelines do not recommend blocking of emails from senders with neutral reputations.”

The good news?  Infusionsoft had been working on this problem and it was resolved on Monday so all emails are now being delivered.  I have clients who had not been receiving emails for months that are getting them again!

Lastly, you’ve heard Yahoo! is releasing emails, right?  Email accounts that have been inactive for one year will be reset and new users can grab them!  There will be a grace period of 30 days, but on August 15th the old usernames will be new again.

What does this mean for you?  It means it may be time to do some list clean-up!  Also I’ve heard through the grapevine that Yahoo! is working with Infusionsoft to provide a list of those email addresses that are being deactivated. Infusionsoft indicates they will go in and apply a tag to those addresses, so you can clean those up!

If you want to learn about cleaning up your Infusionsoft list, click here to schedule a call.

None of us like change, especially when it’s something that’s slipped in under the radar.  But now you know about the above issues and their fixes so you can address them before bigger problems arise.

Are you a list-maker; in your head, on paper, or digitally? Then this post is definitely for you. On … END_OF_DOCUMENT_TOKEN_TO_BE_REPLACED

Is social media a valuable tool for generating and screening leads? If you’ve read anything about … END_OF_DOCUMENT_TOKEN_TO_BE_REPLACED

What the bloggity blog is going on with blogging a blog these days? Does blogging even matter … END_OF_DOCUMENT_TOKEN_TO_BE_REPLACED

Episode 235 Craig Cody Can I Write It Off? Hosted by Jama BryanStrategic Business Building … END_OF_DOCUMENT_TOKEN_TO_BE_REPLACED