Episode 207: Business Gets Better When YOU Get Better! with Pat Mussieux 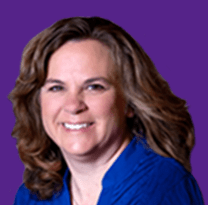 In this lively presentation, Pat speaks about the critical steps she took to get her international speaking and award-winning business coaching business from zero to almost $1m in less than 6 years.

Business owners often get hung up on a lot of educational credentials, technological requirements, and so much more when it comes to growing a business.

Truth is that the key to success in growing a profitable business starts on the 'inside' - it starts with the way you think.

Pat will give you the exact steps she took that you can begin to implement today!

Stop Compromising and Make All the Money You Want!

It's the e-version of my current book - it gives you the steps I took to get 'past myself', stay focused and grow an award-winning business. Click here to get your copy now! 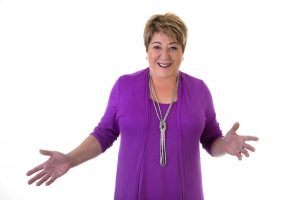 Her newest book, "Business Gets Better When YOU Get Better!" will be released in the spring of 2017. "Stop Compromising and Make All the Money You Want" (A Do-it-Yourself Guide to Starting Up and Starting Over) was released in July 2013. She has also co-written "Leadership Gurus Speak Out!" contributing her wisdom and expertise in the fields of Human Resources, Sales, Marketing and Training.

Having transformed her life at age 57 from trash bag to travel in a private plane around the world, as well as taking her business from zero to close to a million dollars in less than 7 years are a direct result of her expertise in the area of mindset, marketing and money. She works with entrepreneurs around the world, including a mentoring project in both Johannesburg and Zimbabwe.

Pat regularly hosts a local TV show, ‘Wealthy Women Leaders’ – where she interviews successful, mature women entrepreneurs discussing the ‘good, the bad and the ugly’ of being in business. The intention of the show is to spark and inspire budding entrepreneurs.

She is very well known in the coaching industry for her skills and expertise in the areas of networking, marketing, time/energy management, life balance ……and her mantra is ‘it’s never too late’! It truly is about progress, not perfection as you create your ideal business to support your best life.

Her most important role, however, is that of grand-mother to 3 amazing young adults in Edmonton!

To learn more about Pat, visit her website at www.hirepat.com.

WANT TO MAKE YOUR NEXT PRODUCT LAUNCH SUCCESSFUL?

Get this Product Launch Checklist to plan your next product launch, including timelines so you can have a smooth, successful and profitable launch!

While it’s not particularly flattering to admit, we all tend to seek approval from others. Being an … END_OF_DOCUMENT_TOKEN_TO_BE_REPLACED

After publishing our most recent post on Messaging and Content Marketing, it occurred to us that we … END_OF_DOCUMENT_TOKEN_TO_BE_REPLACED

When it comes to your marketing message, getting it right is as important as any other area of your … END_OF_DOCUMENT_TOKEN_TO_BE_REPLACED

Episode 235 Craig Cody Can I Write It Off? Hosted by Jama Bryan Strategic Business Building … END_OF_DOCUMENT_TOKEN_TO_BE_REPLACED